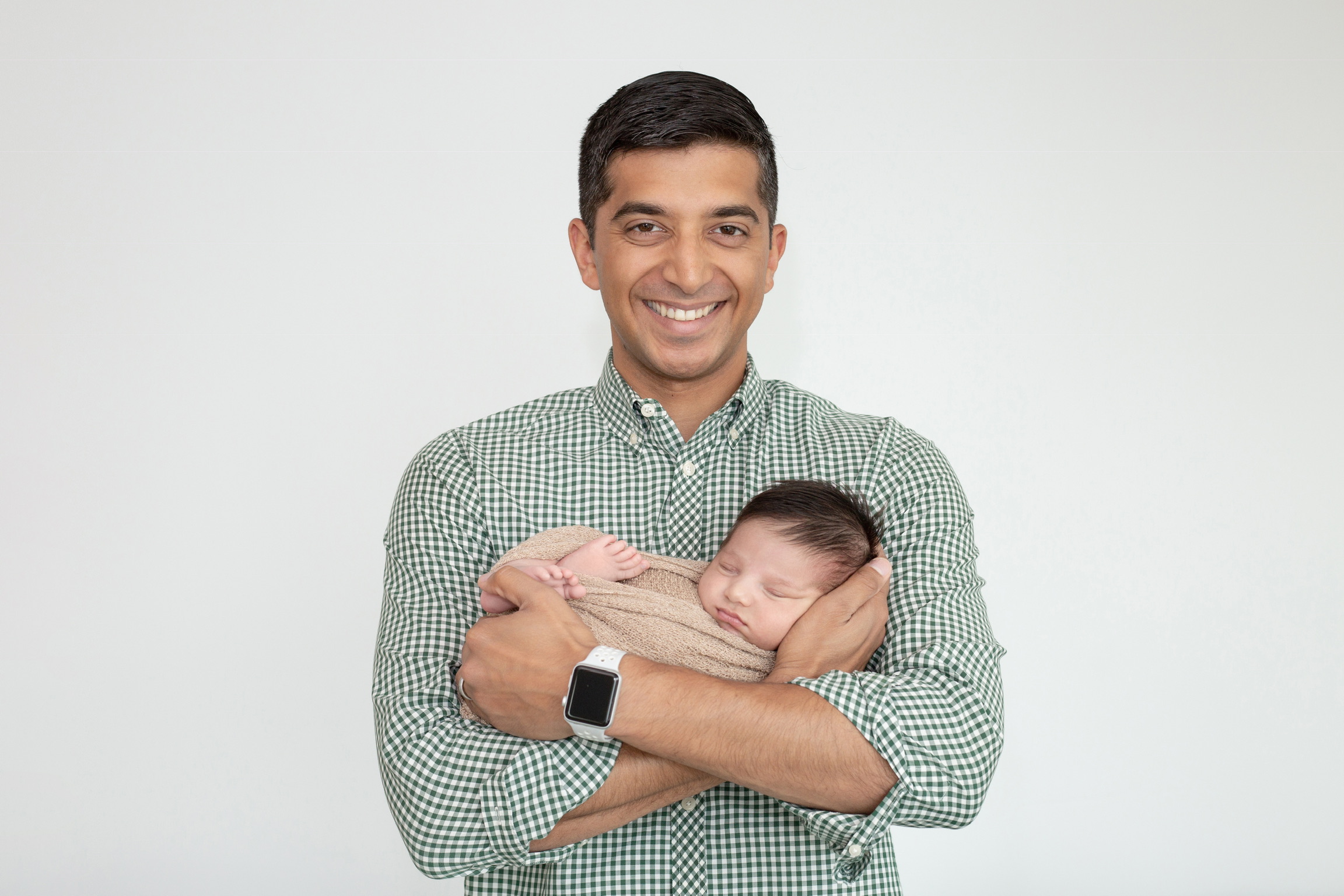 A month ago my wife Nisha and I welcomed our son Ishaan into the world. As any parent will tell you (solicited or not), having your first child changes things forever. Now, certain things in life you have to experience yourself to understand. Parenting is most definitely one of those. No amount of intellectualizing, scenario planning, reading books like “The Expectant Father”, “Bringing up Bebe” or “Twelve Hours’ Sleep by Twelve Weeks Old” will appropriately equip you for the emotional rush of seeing and holding your child for the first time. In that moment everything you’ve done to prepare for parenthood goes out the window and the ’new normal’ sets in. 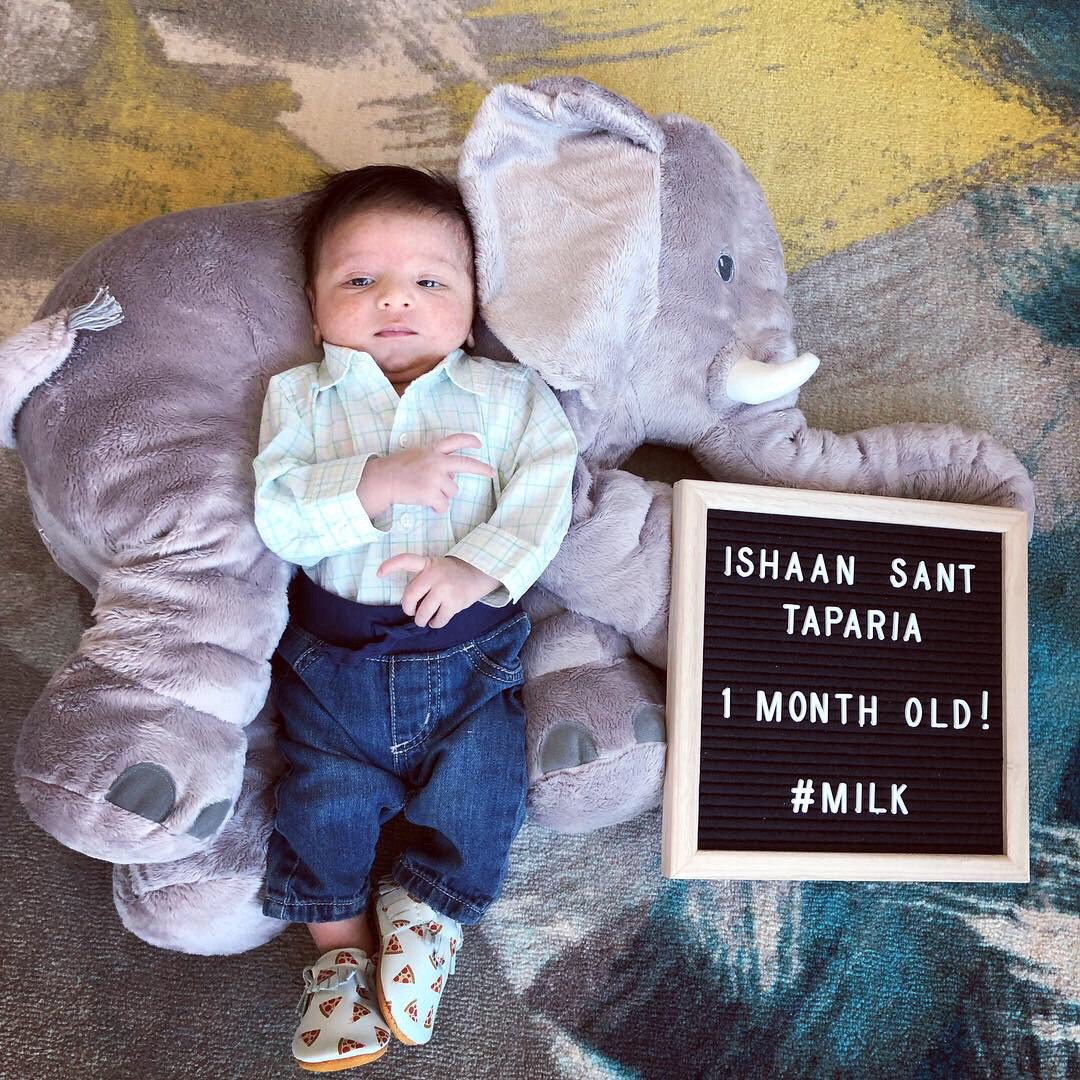 I’ve had the good fortune to be able to take time away from work (side note: Poynt is hiring!) and grow into my new title as ‘Dad’ and new role as the family’s Janitorial Services Coordinator. It has been an exhilarating, sleep depriving, diaper filled emotional rollercoaster. On one end of the spectrum, heart swelling love induced by something as simple as the baby making eye contact, making my small family unit feel like the only thing in the universe. On the other end, sweat-inducing worry thinking about how to teach this little person all the things he will need to know to lead a fulfilled life. Having a child is simultaneously thrilling and nerve-wracking, and comes with new realities I wish I had internalized before he arrived. Here are a few:

The best laid plans…mean nothing. Like a lot of people in my generation, I generally operate under the assumption that the harder you work, the better the outcome. Practice makes perfect. Preparation leads to success. Let me tell you, our little guy does not give two meconium filled diapers about how much we prepared or how ‘by the book’ we’re trying to be with feeds, sleep schedules, play time and reading to him. None of those books matter because the reality is he’s writing his own story. For Ishaan, I’m a character called “Dad”, or more accurately, “large being who feeds me at times and makes me dry when I am wet.” Humbling, to say the least. Add to that the complete lack of clarity on whether what we’re doing is “right” or not, and you realize that there is a new master of the domain. Sure, some feedback loops are short (dirty diaper = cranky, dry diaper = smiley), but are there long term negative impacts of formula over breast milk? Will he develop an addiction to a pacifier? Is holding and rocking him before bed going to create sleep problems? Data seems to suggest no for all, but who knows? Definitely not us! As a parent, the capacity to worry about things completely outside of your control goes up exponentially.

Empathy for other parents is everything, especially your own. Becoming a parent is like joining a not-so-secret society that welcomes you into the fold when you have your first child. The feeling of community with total strangers is almost instant and manifests itself in the tiniest of ways. The knowing nod in the Baby Gap at the mall. A quick smile in the building elevator. A kindly held door at the pediatrician’s office. I now understand what it means to be that couple in the Whole Foods line, calmly waiting to pay for rosé, take and bake pepperoni pizza, a bag of pre-made spinach salad and box of chocolate chip cookies because dammit we deserve it, whose baby starts wailing like a Patriots fan at the end of Super Bowl LII. I know how it feels to change your baby’s diaper in the trunk of your car outside Chaat Bhavan because there isn’t a changing table in the bathroom. And man, I can only imagine the pain and anxiety I caused my own parents with all the dumb ass stuff I did growing up. A week after my son was born I sent my folks an email which included the following:

I will spend the rest of my life apologizing for all the tantrums, broken Mickey Mouse watches, expensive holidays spent watching TV, sleepless nights due to being out late, not wanting to eat leftovers, trips to the hospital, and the myriad of other things that I did over the years as an unappreciative little [ass] that gave you stress, tension, anxiety or worry :) I’m sure I’ll get plenty of payback since karma’s a ‘cruel lady’, but sorry anyway! Hopefully this cutie can start to make up for it.

(Say thank you to your parents. And hug them. As much as you can.)

No matter who’s advice it is, you get to decide. There is no shortage of advice for new parents, unfortunately largely directed at new moms. First, let’s get one thing straight: women are superheroes. Period. I honestly don’t know how they do it all. Nisha not only had to accommodate an alien parasite invading her body for almost 39 weeks while still going to work, she then had to push this alien into the world, experiencing pain that I cannot even begin to imagine.

Between friends, relatives, parents, grandparents, doormen, Uber drivers and basically anyone you run into and engage in a conversation that lasts longer than, “Aw, how cute! How old is he?” we’ve received more (mostly well intentioned) advice on what worked for other babies than I thought possible. Not to mention the bottomless pit that is Google, where even the most innocuous search can lead you to the deepest recesses of your fears (is there a food that does NOT give a baby gas?) Feeling overwhelmed as a couple of first time parents is just a fact of life and as if all the things you should and shouldn’t be doing isn’t stressful enough, along comes breastfeeding.

Frankly, I’m surprised our species has survived as long. Given all the possible causes lactation consultants are armed with to explain why your child doesn’t seem to like doing the very thing that will keep him alive, it’s astonishing any baby gets milk. The baby is tongue tied. There’s nipple confusion. The feeding position is wrong. There isn’t enough supply. There is too much supply. The nurses at the hospital shouldn’t have given him the bottle at the hospital when he was born despite his low glucose levels. Not to worry though, 4–6 more sessions at $500 each over a period of 4–6 weeks and your child will also benefit from magic of breastfeeding. But in the meantime Mom, make sure you pump 8 times a day and whatever you do, don’t give him the bottle, and definitely don’t give him formula. ‘He won’t starve’, they say, ‘no matter how much he wails’. And man, can he wail. Between Mom, the baby and you, it’s unclear whose tears are whose. It’s enough to make you wonder what a baby “return to sender” would look like.

I’m one of those people who likes to take in all the advice and gather all the data. I do have to constantly remind myself that ultimately it’s up to us to do what we believe is best for our baby. We’re the only one who can decide what that is — we’re his parents. That’s our right and responsibility. So we talk it through, weigh the options, make a call and support one another in the final decision, even when we disagree. The trick is to continue support one another when you inevitably change your minds.

Be patient, with the baby and yourself. As hectic as it may seem, newborns are largely coin operated organisms. Life consists of eating, feeding and sleeping, with the occasional louder-than-you-thought-a-9-pound-baby-could-make-are-you-sure-it-wasn’t-you fart or burp. Discomfort is generally a result of being hungry, gassy, sleepy, wet or bored. But when it’s 3am with a wailing baby that you’ve been trying to burp for 30 minutes, diagnosing the source of discomfort can be a challenge. When you’re trapped in a never-ending 3-hour cycle of feed, burp, sleep, and you realize this is your life for the foreseeable future, it’s easy for your mind to slip into the Sunken Place. I’ve realized that patience has never been so great a virtue as it is in parenting, both with the child and with yourself. On a plane, the safety instructions are clear: take care of yourself before helping others. As a dad, my instinct is to power through, be strong and help the family because that’s what Dad is supposed to do. However, I’ve found it critical to find time to ‘re-center’ myself, and make sure I’m providing that same time to Nisha (who can find herself in a deeper Sunken Place than me — hers involves being attached to a breast pump, after all). Podcasts, Netflix, books, walks outside, friends over — anything to break the monotony that can be life as a new parent — are all helpful for me. As the saying goes, “it takes a village to raise a child”, so don’t feel like you have to do it on your own. As with anything, it’s important not to be too hard on yourself.

Cherish the in betweens. Before Ishaan was born, a close friend of mine and recent dad told me to relish “in betweens” — the little moments and simple joys in life — so bigger things are wonderful but not the only thing to look forward to. Surviving the first night on our own with the baby, reading the New York Times in a sing-song voice before he goes to sleep, walking around the block to the Philz on the corner, the way he sometimes looks like the grandmother from Mulan — these are some of our in betweens. It’s hard to believe it’s been a month. So long as the rate of change continues at this pace, I know we’re in for some insanity — and I can’t wait. 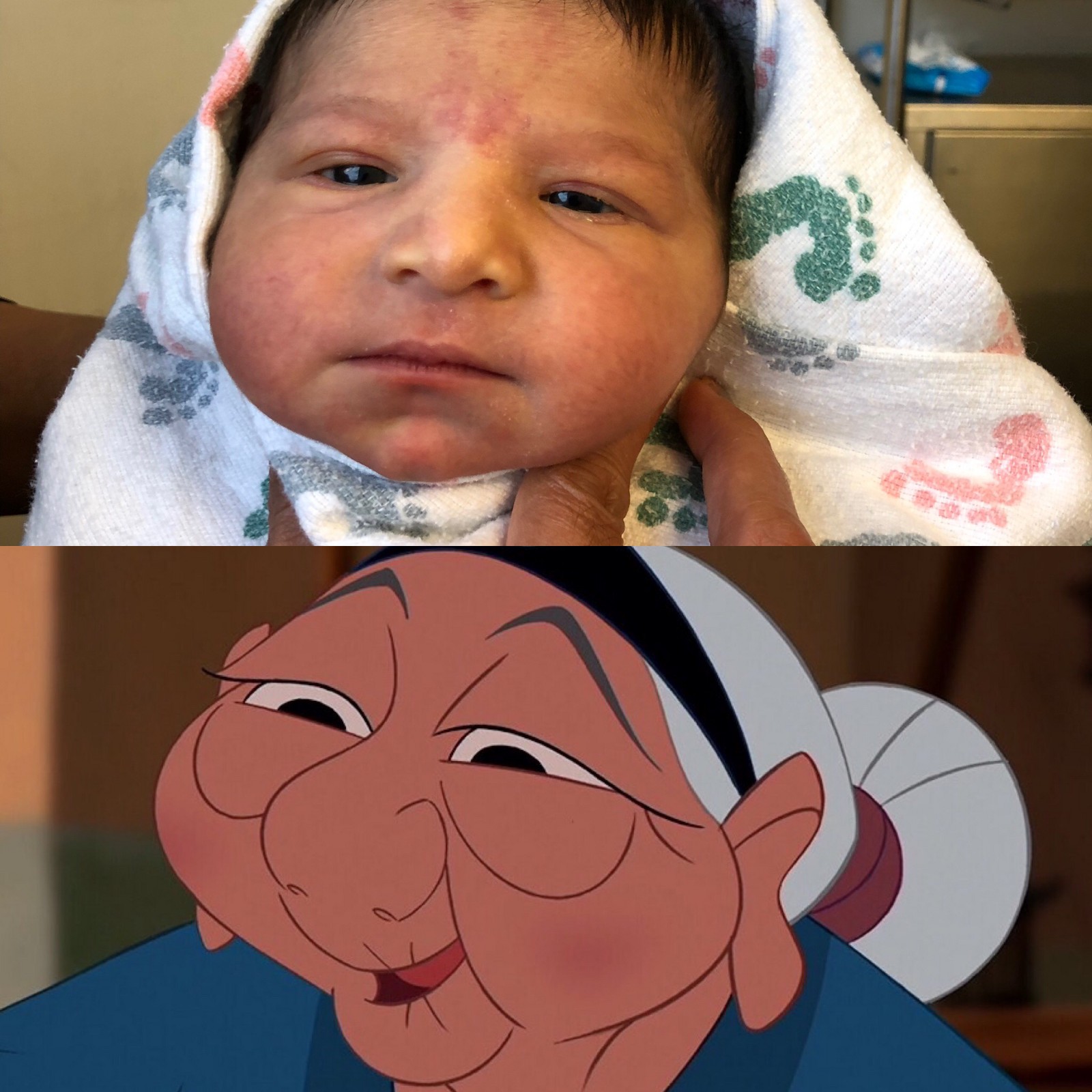 A few pro-tips for new dads:

hob·by: An activity done regularly in one's leisure time for pleasure. Hobbies are an interesting concept in today’…